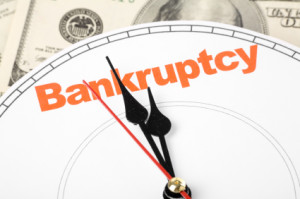 Bankruptcy law has developed in the United States over several centuries from a system designed to simply penalize individuals who had already fallen upon hard times to the current system, which allows honest debtors to seek relief from their creditors. Thankfully the days of debtors’ prisons are a thing of the past in the United States. Today the Bankruptcy Code is a system which allows businesses and individuals an equitable way out from under overly burdensome debt, while simultaneously allowing creditors certain protections and an avenue to recover at least a portion of the debts owed to them.

All too often a life change such as an unexpected job loss, a death in the family or a major illness or accident can lead a family (or even a small business) to a serious financial crisis. Many families are left with having to make difficult decisions about how to pay bills that have gotten out of control. The Bankruptcy Code was developed by Congress to allow people facing just such a financial crisis to get a fresh start and move on with their financial lives. The purpose of the Bankruptcy Code is to allow the honest debtor to get out from under impossible debt situations without losing their ability to earn a living or become homeless.

There are several different “types” of bankruptcy available under the Bankruptcy Code, each called by the chapter number in which it is described. Each type of bankruptcy has its own requirements, restrictions, qualifications, benefits and drawbacks.

Chapter 7, also known as “straight bankruptcy” or “liquidation” is one of two types of bankruptcy most typically filed by individuals, but is an option for businesses as well.  To learn more about Chapter 7, click here.

Chapter 11, also known as “reorganization” is the type of bankruptcy most commonly associated with large corporations, however Chapter 11 may be the right choice certain small businesses and some individuals as well. To learn more about Chapter 11 bankruptcy, click here.

Chapter 13, also known as “debt adjustment for wage earners” is available only to individuals with a regular income.  To learn more about Chapter 13 bankruptcy, click here.

In addition certain individuals who make their living through the production of food as family farmers or family fishermen may benefit from Chapter 12 bankruptcy, a Chapter of the Bankruptcy Code reserved just for them.

An experienced bankruptcy attorney can help you determine which Chapter of the Bankruptcy Code is right for your particular circumstances.  To schedule a no-cost, no-obligation consultation call the Law Offices of James Wingfield call 508-797-0200 or visit the contact page on this website.

The Meeting of Creditors

When Should You Talk to a Bankruptcy Lawyer

Why I’m Proud To Represent Debtors In Bankruptcy

Filing Fees on the Rise

Until Debt Do Us Part: Marriage and Bankruptcy Part 1

Something Borrowed and the Blues: Marriage and Bankruptcy Part 2

Questions You Should Ask Your Bankruptcy Lawyer