Myth #1 “People can no longer file for bankruptcy” 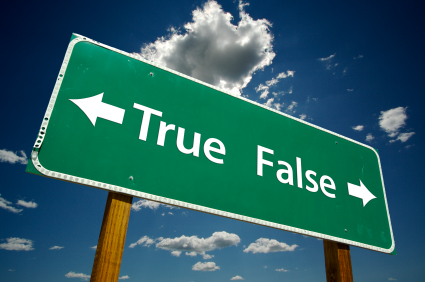 The 2005 amendments to the bankruptcy code (known as the “Bankruptcy Abuse Prevention and Consumer Protection Act of 2005” or “BAPCA” for short) made a number of changes to the existing Bankruptcy Code, but it did not make bankruptcy unavailable for people or companies in financial distress. The changes do force some people out of Chapter 7 and into Chapter 13; the changes do place many new restrictions and requirements on bankruptcy attorneys; however, the relief that was previously available to individuals under Chapter 7 and Chapter 13 remain.

Myth #4 “All my friends and relatives will know if I file for bankruptcy.”

Myth #5 “If I file for bankruptcy, I will lose everything I own.”

One of the very reasons why Congress created the bankruptcy code was to keep people from living on the street. As many as 95% of individual bankruptcies (even Chapter 7 “liquidation” cases) are “no asset” cases. This does not mean that 95% of debtors have absolutely no assets before or after the process, this means that most of the property that these individuals own are exempt from the bankruptcy estate under either federal or state law. Although it is possible that you may have to give up some of your property that is not exempt under either federal or state law, most people pass through bankruptcy and keep all of their property.

Myth #6 “Only losers and bums file for bankruptcy.”

The vast majority of people who file for bankruptcy can trace the roots of their financial distress to an unanticipated event such as a job loss, serious illness or injury, divorce. Most of these people struggle and struggle to make ends meet for months or even years because they are too proud to admit they need help until it is too late. We have seen many people lose everything they have because they waited too long to talk to a bankruptcy attorney. The fact is most of our clients are hard working people who have struggled financially for too long because of unanticipated events in their lives.

Perhaps more importantly many very famous and successful people have taken advantage of the relief offered under the Bankruptcy Code and prior bankruptcy laws to get their financial lives back on track.

Myth #7 “If I file for Bankruptcy I will never have credit again.”

This is a persistent myth that leaves many people waiting to decide whether to file for bankruptcy.  The truth is if a debtor is disciplined, and follows some sure fire steps to rebuild their credit rating, there is no reason why a former debtor cannot have an excellent credit rating, a high FICO score and the ability to qualify for good mortgage loans and other credit in a few short years.

Myth #8 “I need to liquidate my 401K before I file for bankruptcy.”

This myth is one of the most blatantly false myths that we hear. This could not be further from the truth. In fact, even under the 2005 bankruptcy code amendments retirement accounts such as 401k plans, IRAs (with the exception of Inherited IRAs) and other plans that are considered IRS “qualified plans” are exempt under the bankruptcy code. In fact, unless you have well over $1,000,000.00 in your retirement accounts, no portion of the funds are reachable by creditors, even in bankruptcy. If you are even considering liquidating any portion of your retirement funds prior to reaching retirement, you should first speak with a bankruptcy attorney.